"If Nowhere Now is not about football, football, at first glance, appears to be its subject matter. The performers, dressed in pads, helmets, and jerseys, move like a team, and address each other in the language of coaches and players. This is ensemble theatre, to be sure, and the performers are dressed like a single unit. But Nowhere Now is about loneliness, about feeling left out of the team, marching to the beat of one's own drum - almost out of necessity. Again and again as the ensemble performs some fascinating dance number or strange task, one of the group is left alone, doing something alone or unable to succeed at the task at which everyone else appears to manage so easily. Nowhere Now, in other words, is about the gaps between ourselves and others that we find difficult to put into language. Nowhere Now puts those gaps into the abstract language of performance, and without begging the audience for attention or love, manages to articulate our own longing for something else, our desire to be a part of something bigger – a team, a partnership, a group of friends. And at the end, when snow fell in the Florida theatre space that has never seen snow, Nowhere Now seemed to promise its audience that the impossible was not out of our reach. This is devised performance from a director at the height of his powers." 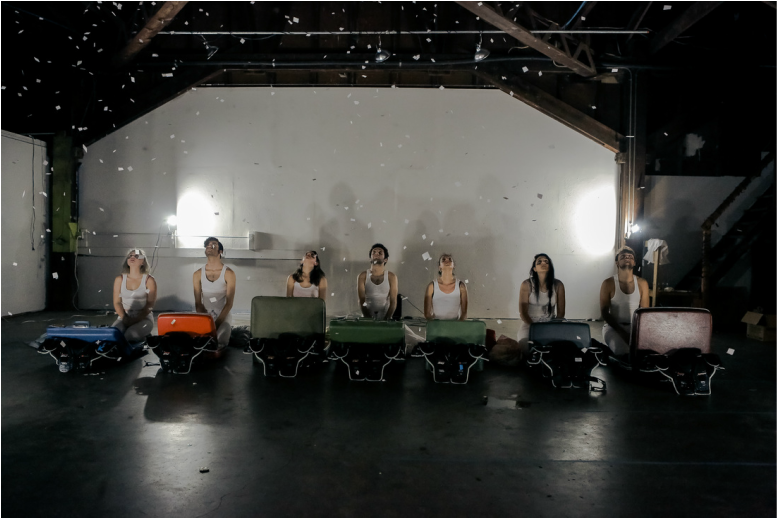 you've been here so long.
you wish you could be there.
you can't.
so it's time to go nowhere.