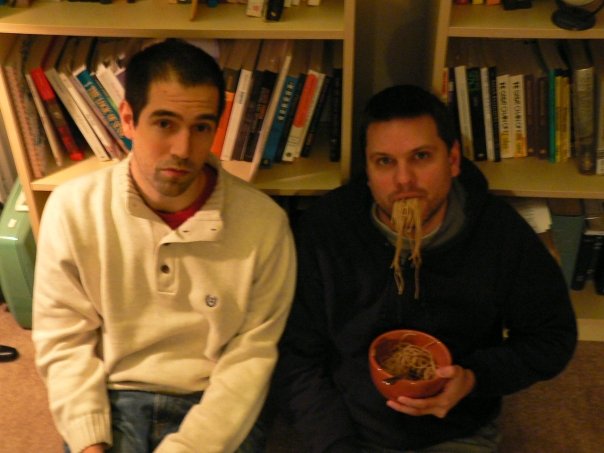 will would talk.
george would eat.
will could eat. george could talk.  but mostly, they'd stick to will talking/george eating.
one night will talked about theory, another night his professional acting past, and the other he just read a long facebook thread.
one night george ate a fruit by the foot, another night pickles and the other he just ate some white castle.
an audience member set a timer for 15-30 minutes.  when it was done, will and george left the theatre.