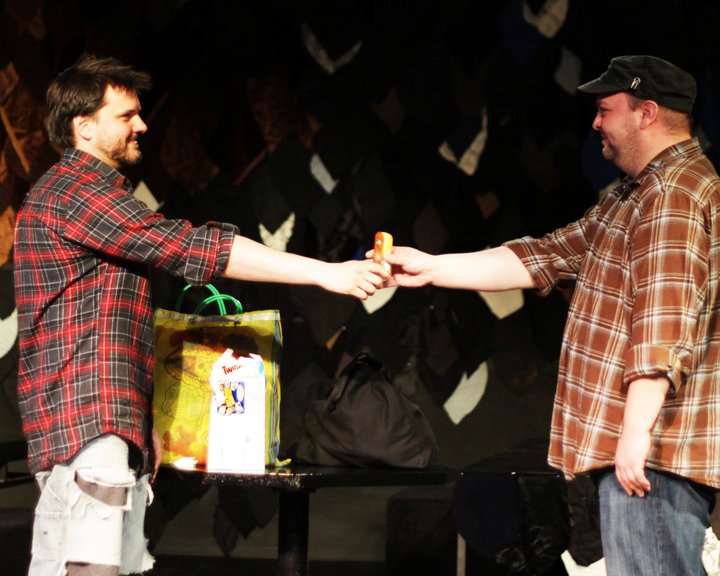 as part of Bedlam Theatre's Annual 10 Minute Play Festival.
Jason Ballweber and i agreed to make a piece.
we decided we would stand and look at each other and maybe pull things out of bags, like twinkies, or squirt guns, or nothing.
i wouldn't know what was in Jason's bag, and he wouldn't know what was in mine.
and we would maybe pull things out, otherwise we would look at each other, standing there, for 10 minutes.
there was also a time keeper.

Maybe 2011 or so, Minneapolis Minnesota